Someone at the Orb office came across a post on Linkedin from a sauce brand asking for copywriting work for a marketing campaign they were running. It was all going well and seemed like a great brief for any freelancer or maybe even an agency. But then came the fee.

“We want to treat you… £250 – it’s not enough for your time, but we are super excited to get your work all over the country A year’s supply of [redacted] sauces The chance to see your idea across a national billboard campaign – exposure money can’t buy”

‘Exposure money can’t buy’ is a phrase that sends shivers down creatives everywhere. Because quite simply, it is exposure that has literally been bought; national billboard campaigns don’t come cheap. Exposure for creatives may be useful in portfolio building and earning future income but it doesn’t pay the bills.

Now this particular company has at least acknowledged that £250 isn’t really enough for what they’re asking but it does highlight a common problem in our industry for both agencies and freelancers: Getting across the idea that fees aren’t just for the output of creative work, it’s for the process involved too.

Behind every killer copy or polished logo are dozens that ended up in the metaphorical bin, or real bin in some cases. Research, brainstorms, drafts, development, it’s a process that can mean hours spent going in different directions, starting from scratch again and again until you arrive at something you’re happy with. The concept for a viral video alone could take an entire day but this wouldn’t be represented in the three bullet points.

This post isn’t about getting the pitch forks out, which is why I’ve not revealed the sauce/source. It is merely something to try and kick-start a conversation. What is the best way of demonstrating the value of a creative process? Both in my time as a freelancer and my time at Orb I’ve seen there are basically two approaches.

1. Involve the client in the process

This is a kind of show-as-you-go type thing. Probably more suited to freelance than agency schedules. This is where you have regular check-ins along the way, breaking down that creative process into stages. If you’re working on something visual then show and talk through mood boards and the different directions you’re going to explore, then another check in will show the results of those explorations. By demanding time from the client you’re showing their demand on your time too. They can also start to understand that thinking and testing is a big part of the process for achieving the end product. This approach can slow things down though and of course there is always the danger that the client starts to dictate the creative process too much and you lose control.

If you don’t want to show as you go, the alternative is to present the story of how you arrived at the final point. Normally everything we do is linked to rationale of course, but this is going beyond that and showing things you tried that didn’t work. Show them the “bin” and take them on that journey from ideas to drafts to delivery. The downside of this is that sometimes clients don’t care and get impatient, but the real danger is they might end up preferring something from the “bin”.

The big problem with both of these approaches however is that they’re not upfront, they all come after the fee has been proposed. So how do we do this upfront? What we’re currently working on at Orb is an idea of having dummy projects clients can look through. Think of a project dissected into all its moving parts and displayed in a navigable digital format. Kind of like a case study but instead of focusing on the final work it’s more focussed on the work we did to get there. We’re also excited to be currently looking at platforms like Oroson and how we can use those to display our process and progress on a client’s project live, without slowing things down or needing meeting after meeting.

This was all a bit of a half rant half ramble, but I guess the message is don’t always just get angry when you see briefs like the above. Things that are obvious for people working in the creative sector may not be that obvious for those outside. It’s down to us in the industry to stop devaluing and hiding the creative process and start communicating it more. 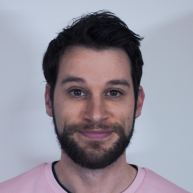